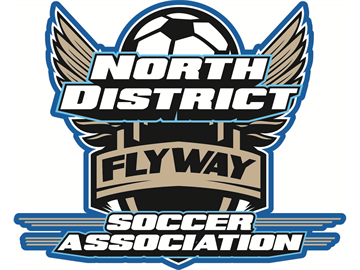 After the recent meeting, plans for the Summer/Fall 2022 North District Flyway Soccer U14 and U12 season have been set.  The U14 program, consisting of children that are ages 13 or 14 during the 2022 calendar year, will have a later start time to the season.  This season will run from late August to the last weekend in October to align with all other leagues throughout the state.  The season will continue to include local travel.

The U12 program, consisting of children ages 11 or 12 in 2022, will have a developmental 7v7 minimum to 9v9 maximum league that plays on weeknights for all children in this age to sign up for.  This program will run August to September, just as the North District Flyway Soccer U10 and below programs run currently.  From this program two teams will be formed that will have the opportunity to play locally which will also include some local travel.  There will also be the opportunity to play in 1-2 tournaments.  All of these games will primarily be on Saturdays and this season will run late August to the end of October to align with all other leagues within the state.  These teams will be selected by the two coaches that will oversee the teams.  The players from these teams will be separated evenly across the U12 developmental teams that play on weeknights.  By doing it in this way we hope to provide a fun environment for everyone involved in the U12 program. We also want to challenge the players involved in the extra program against some of the best players in their age group in the area.